LMCR will protect Lower Manhattan from inundation by rising sea levels and coastal storms. The plan will ensure the area’s continuity in serving residents, workers, visitors, and commuters who rely heavily on its transit network and want to remain in their dynamic neighborhoods.

in citywide damages and lost economic activity from Hurricane Sandy

Why Adapt to Climate Change?

Since then, the scientific community has reached consensus that, absent significant action, climate change will have devastating consequences at a faster rate than previously thought. Based on current projections, if no action is taken, sea-level rise will submerge parts of Lower Manhattan on a regular basis in this generation and put critical infrastructure and jobs serving all of New York City and the region at risk. This includes our subway and ferry network, our sewer system, 10 percent of the city’s jobs, and many historic, cultural and community assets.

That’s why the City is taking bold, significant action, investing $900 million in climate adaptation projects to protect Lower Manhattan now, as well as planning for long-term climate adaptation to meet the challenges of tomorrow.

The plan, projected to cost $5 billion to $7 billion, reimagines the shoreline of Lower Manhattan and creates a 21st-century resilient waterfront to withstand severe coastal storms and rising sea levels, which together pose a serious threat to the low-lying Financial District and South Street Seaport neighborhoods where close to a million people work, live, and commute through.

To protect the area—almost one mile of waterfront from the Battery to the Brooklyn Bridge, which was hard-hit by Hurricane Sandy in 2012—the master plan features a multilevel waterfront that extends the shoreline of the East River. The upper level will be elevated to protect against severe storms like Sandy, while doubling as public open spaces with sweeping views of the city and harbor. The lower level will be a continuous waterfront esplanade, raised to protect against sea-level rise while connecting New Yorkers to the water's edge. When implemented, this innovative design will safeguard Lower Manhattan in a time of rising sea levels and more frequent and intense coastal storms.

The City has worked closely with the community to shape this plan. Through numerous public meetings and workshops, an online engagement portal, youth outreach with local schools, and other creative forms of engagement, the City incorporated feedback at every step along the way. To maximize outside input, the City also formed the Climate Coalition for Lower Manhattan, a group of local and citywide stakeholders chaired by Elizabeth Yee, Executive Vice President and Chief of Staff at The Rockefeller Foundation, and Tammy Meltzer, Chairperson of Manhattan Community Board 1.

In addition to the FiDi-Seaport Climate Resilience Master Plan, the larger Lower Manhattan Coastal Resiliency strategy, backed by over $900 million in City investments to protect Lower Manhattan from flooding, includes active capital projects in Battery Park City, the Battery, and the Two Bridges neighborhood north of the Brooklyn Bridge. In October 2021, the City announced $110 million in funding for Seaport Coastal Resilience, a new project to protect South Street Seaport—the lowest lying and most vulnerable part of the master plan study area—from flooding in the years before the master plan is implemented.

A Study and a Plan

The study assessed a broad range of climate hazards, including:

of buildings in Lower Manhattan will be at risk from storm surge by 2050.

The City’s investment to protect Lower Manhattan from the effects of climate change.

From the findings of the study, the City identified permanent adaptation projects and developed an overall strategy for the climate resilience of Lower Manhattan. These projects will protect 70 percent of Lower Manhattan’s coastline and will all be in construction by 2021.

Beginning in spring 2019, the City began a robust community process to discuss the study, its strategies, dedicated investments, and further planning. Each of the advancing capital projects as well as the master plan includes its own community and public engagement process. 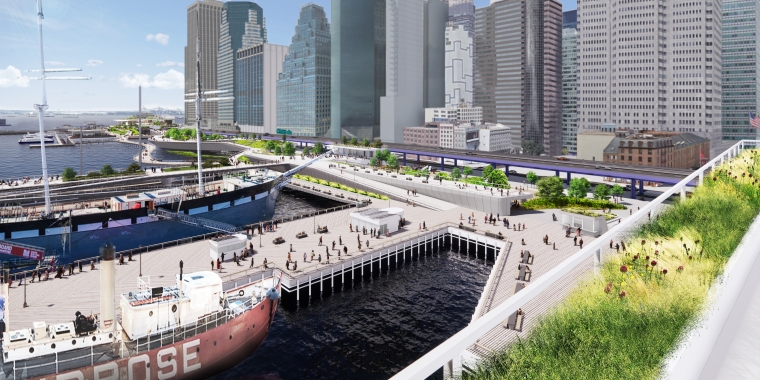 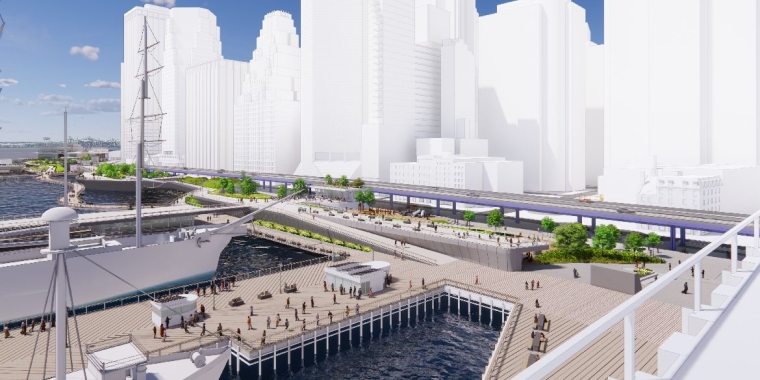 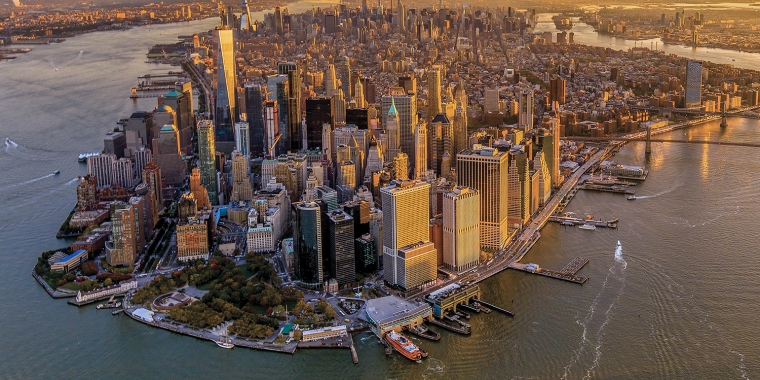