Bringing a new memorial and cultural center to honor the historic Harlem African Burial Ground, along with affordable housing and jobs for the East Harlem community.

The 126th Street Harlem African Burial Ground Memorial and Mixed-Use Project is a unique opportunity to preserve an essential piece of the city's history, while simultaneously addressing needs expressed by the East Harlem community. The 2.7-acre site formerly occupied by the MTA’s 126th Street Bus Depot includes a 0.4-acre area in its southeastern section that was once an African burial ground. Both free and enslaved New Yorkers of African descent were buried on this site over a period spanning more than two centuries.

NYCEDC has worked in partnership with the Harlem African Burial Ground Task Force and Council Member Diana Ayala on a community-based planning process for the redevelopment of the Bus Depot site. The Harlem African Burial Ground Task Force (HABGTF) and Bus Depot Task Force (BDTF), formed in 2009 and 2015 brought community stakeholders together to determine a vision for the site that would include a memorial and cultural center, as well as a community-serving mixed-use development.

The future redevelopment of the site would include:

For more than two centuries, New Yorkers of African descent–both free and enslaved–were buried at this site in what was then the village of Nieuw Haarlem. They played a crucial role in the early history of the city, and their history is our history.

As New York City evolved decades of neglect, construction, and subsurface disruptions resulted in the displacement of the original African Burial Ground. From the late 19th century onwards, the burial ground became the site of a beer garden and casino, army barracks, film studio, and finally, the MTA’s 126th Street Bus Depot.

In 2009, a group of concerned citizens, local elected officials, and civic and religious leaders formed the HABGTF to advocate for the creation of a memorial that would restore dignity and respect to those buried at this sacred site. In 2011, Community Board 11 designated the Task Force as the organization representing the interests of the historic cemetery.

In 2015, after the MTA announced it would relocate its operations, archaeologists commissioned by NYCEDC found the disarticulated remains of at least three people, likely of African descent on the site. This historic rediscovery established that an African burial ground had existed on the site, allowing the City and community to begin planning for a memorial and mixed-use redevelopment.

The remains were consecrated in a ceremony led by HABGTF co-chair Reverend Dr. Patricia A. Singletary, and are held in safe storage at the Landmarks Preservation Commission archives so that they can be reinterred at the future memorial.

Read more about the Harlem African Burial Ground Task Force and their work on their website.

Today, NYCEDC is collaborating with the Task Force to work towards the creation of the Memorial. In May 2019, the Task Force celebrated the opening of “Reclaiming History, Reinvesting in East Harlem”, a free exhibition at the La Marqueta public market in East Harlem. The opening featured a panel discussion moderated by Sharon Wilkins, Manhattan Deputy Borough Historian and Harlem African Burial Ground Task Force member. Read more on the opening event here.

The exhibition showcases the history of the Harlem African Burial Ground dating back to the 17th century and the planned creation of a permanent memorial and cultural center as part of the mixed-use redevelopment of the former MTA 126th Street Bus Depot. The exhibition will remain open to the public at La Marqueta through the summer during normal business hours.

Visit La Marqueta for a free exhibition of the project. 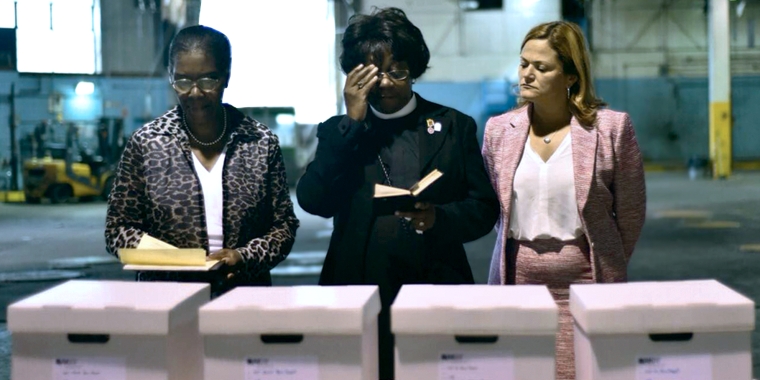 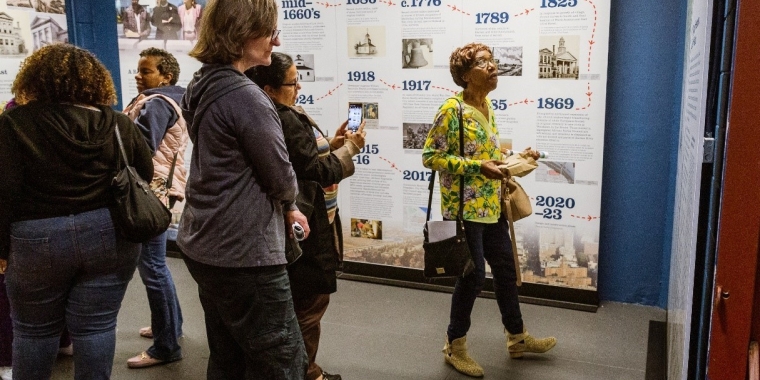 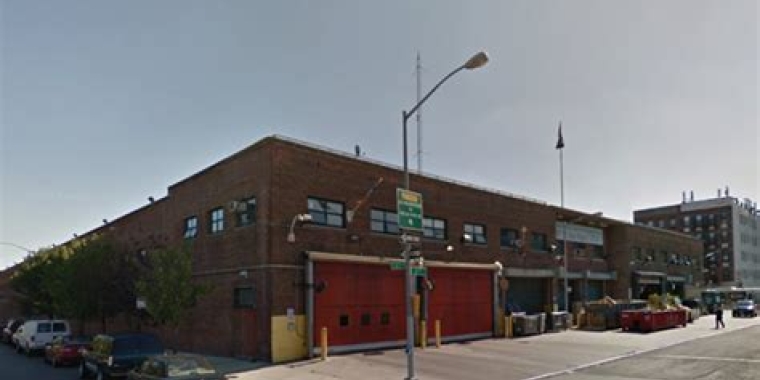