The Harlem River Greenway is the City’s $227M project to bring new open space, waterfront access, and a renewed seawall to the communities of Upper Manhattan—from East Harlem to Inwood.

The Next Phase of the Manhattan Waterfront Greenway

Part of the broader Manhattan Waterfront Greenway initiative to create a 32.5-mile ring of green space around the entire island of Manhattan, the Harlem River Greenway involves three sequences of improvements. The first section between 125th and 132nd Streets involves a reconstructed seawall, new pathways for pedestrians and bikes, as well as a brand new seven-block waterfront park, celebrating and reflecting the neighborhood’s rich culture and heritage. The second and third sections, between 132nd and 145th Streets, and then again between 155th Street and Swindlers Cove, will involve the repair and reconstruction of various types of seawall that once lined the historic Harlem Speedway when it was first constructed a century ago.

The investments in the Manhattan Waterfront Greenway are a major step toward realizing the incredible vision of a park surrounding the entire island of Manhattan.
Council Member Barry S. Grodenchik
Chair of the Committee on Parks and Recreation

The new park will feature:

The Harlem River Greenway will enable neighborhood residents to bike, walk, and play along the waterfront—connecting them to the air, water, and community.

Critically, the new park design will strengthen and repair over four miles of bulkhead along the Harlem River, making the community more resilient and protecting the shoreline against the effects of sea-level rise.

Want to discover more about this historic City initiative? 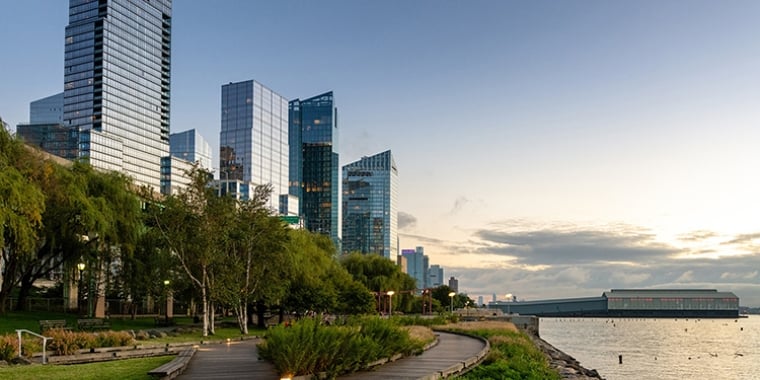 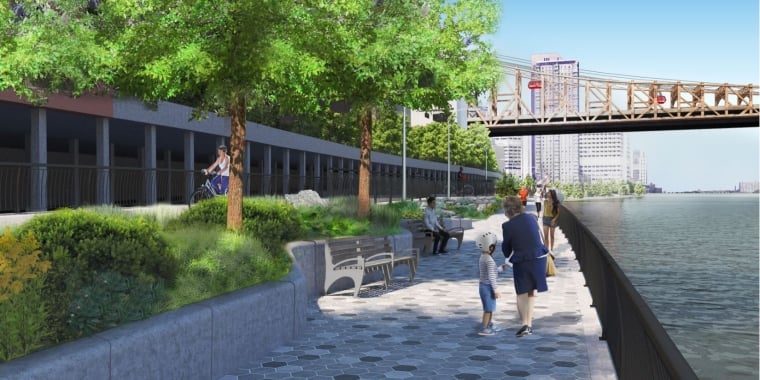