A Point of Connection

The Rector Street Pedestrian Bridge was an interim pedestrian crossing over West Street in Lower Manhattan that was installed as a temporary replacement to existing bridges damaged or destroyed in the attacks on September 11, 2001.

The Robert R. Douglass Bridge opened to the public in September 2019, and was dedicated in June 2021. 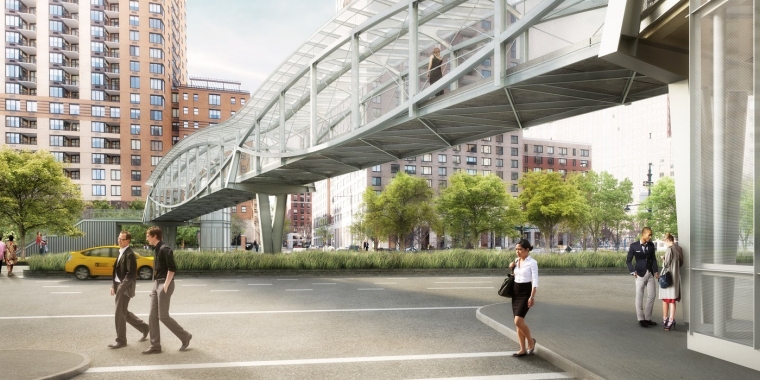