HUNTS POINT, NY—New York City Economic Development Corporation (NYCEDC) selected a team led by the Pratt Center for Community Development to help facilitate an ambitious community engagement process to update the 2004 Hunts Point Vision Plan. This update will build on the success of the original Vision Plan, which led to City investments in new waterfront parks, safer streets for pedestrians and cyclists, hundreds of new jobs and workforce opportunities, and improved air quality through reduced pollution.

During the next 18 months, NYCEDC and City agencies, in partnership with City Council Member Rafael Salamanca Jr. and Pratt Center, will work with the Hunts Points community to identify ways to bring economic opportunity and new amenities to the neighborhood. Starting this spring, NYCEDC and Pratt Center will host a series of public workshops and meetings to gather input and feedback to address community needs and priorities.

Pratt Center has worked in the South Bronx for over 30 years, developing and facilitating planning workshops with diverse groups of local stakeholders to identify communities' needs and aspirations for open space, affordable housing, commercial corridors, infrastructure, public health, and environmental sustainability. For this update, Pratt Center is teaming with Barretto Bay Strategies, Mathews Nielsen Landscape Architects, Mainland Media, and the Hunts Point & Longwood Community Coalition, a group of community-based organizations focused on improving the lives of people in the South Bronx. The Coalition’s members have a long history of bringing together community stakeholders to effect change.

Beyond the recommendations outlined in the 2004 Vision Plan, NYCEDC and City agencies are advancing a number of important projects in Hunts Point:

To read more about accomplishments since the 2004 plan, click here.

“Hunts Point is a vibrant community that is driving economic growth for all of New York City,” said NYC Economic Development Corporation President and CEO James Patchett. “The 2004 Hunts Point Vision Plan resulted in significant investments in the area, from resiliency and job growth to affordable housing and new waterfront parks. Working with Council Member Salamanca Jr., the Pratt Center and community members, we look forward to building on this success and identifying new ways to bring economic opportunity and amenities to the neighborhood over the next 20 years.”

“For more than 15 years, the Hunts Point Vision Plan has served as a working collaboration between the South Bronx and the City to plan for the long-term success of Hunts Point,” stated Council Member Rafael Salamanca Jr. “Together, community stakeholders and NYCEDC have laid the foundation for projects that have reinvigorated the peninsula – new parks and green spaces, affordable housing, employment growth, and waterfront and environmental resiliency measures. While much has been accomplished, it is important to revisit the objectives of the Vision Plan and build on it as we enter a new decade. The Vision Plan Update will do just that. Furthermore, with the announcement that a partnership of Pratt Center and Hunts Point & Longwood Community Coalition will serve as engagement facilitators, the process will continue to be driven by Bronxites who have the best interests of the community at heart.”

“The first Hunts Point Vision Plan was such a resounding success for the health and well-being of the community, and I am thrilled to see that this important work is continuing in the upcoming new version of the plan,” said Bronx Borough President Ruben Diaz Jr. “We need to pay more attention than ever before to our waterfront neighborhoods because our coasts are a natural resource that every New Yorker should be able to access. Thank you to NYCEDC for your continued partnership on the revitalization of Hunts Point.”

“I commend NYCEDC, Councilmember Salamanca and Pratt for spearheading this important conversation about the future of our community. The first Hunts Point Vision Plan invested and developed in key infrastructure upgrades throughout the neighborhood. However, so much more must be done to improve the lives of our residents and protect them from the increasing threats of climate change,” said Assembly Member Marcos A. Crespo. “Key to the success of the next phase of the plan is the role of local residents and community based organizations leading the conversation and determining future priorities. I look forward to join this effort and work collaboratively to further improve the lives of our people and meet their infrastructure, energy, environmental and resiliency needs.”

"Through successful partnerships with community organizations, local businesses, and city agencies, the Hunts Point Vision Plan has already improved the lives of constituents in the South Bronx. The investment in economic opportunity and reduction in air-pollution has given more Hunts Point families the chance to thrive in their neighborhood," said State Senator Alessandra Biaggi. "Through thoughtful community engagement, the next phase of this initiative will create an opportunity to build on our successes and meet the evolving needs of Hunts Point residents. I thank Council Member Rafael Salamanca Jr., NYCEDC, and the Pratt Center for Community Development for their leadership, and look forward to working together to create effective change for our communities.”

“We’re excited to be partnering with the City and the community to update the Hunts Point Vision Plan; the original plan was an outstanding achievement for community engagement and consensus building, and we are enthusiastic to build on that work” said Elena Conte, Deputy Director for the Pratt Center for Community Development. “We’re especially excited about the team with which we are a part and the unique perspective and talents each of the members bring. We are very much looking forward to working with the community and NYCEDC to create an updated plan that addresses the current issues of Hunts Point in an intersectional and holistic way.”

“Community Board 2 is excited to work with Pratt and the City as part of the new Hunts Point Vision Plan,” said Ralph Acevedo, Bronx Community Board 2 District Manager. “We look forward to fruitful discussions with Pratt Center, Council Member Salamanca, and NYCEDC to support Hunts Point with new potential projects and investments over the next 20 years.”

"The Hunts Point-Longwood Community Coalition is very pleased to spearhead a coalition of trusted local community-based organizations that serve diverse interests – including health, youth seniors, arts and more" said Paloma Hernandez, President of CEO of Urban Health Plan, Inc., and co-founder of HPLCC. "This collaboration with NYEDC is the result of a new commitment from the City of New York for full-engagement with the neighborhood as it makes plans and priorities.

Hunts Point is poised for an era of tremendous revitalization, and we are thrilled to be part of this important process" said Haydee Morales, Executive Director of Casita Maria Center for Arts & Education and co-founder of HPLCC.

Hunts Point is a thriving residential and industrial neighborhood with over 12,000 residents, 18,000 workers, and the largest wholesale food distribution facility in the country. Over the past two decades, over 1,000 new industrial jobs have been created, 14 acres of new waterfront open space have opened, local workforce participation has increased more than five percent, and the unemployment rate has decreased by over 50 percent.

About NYCEDC
New York City Economic Development Corporation creates shared prosperity across New York City’s five boroughs by strengthening neighborhoods and creating good jobs. NYCEDC works with and for communities to provide them with the resources they need to thrive, and we invest in projects that increase sustainability, support job growth, develop talent, and spark innovation to strengthen the city’s competitive advantage. To learn more about our work and initiatives, please visit us on Facebook, Twitter, or Instagram.

About the Hunts Point & Longwood Community Coalition
The Hunts Point & Longwood Community Coalition is a group of community-based organizations serving Bronx Community Board 2, whose purpose is to collaboratively solve problems and improve the quality of life for people of the South Bronx by developing a collective planning body for the health and well-being for the South Bronx; promoting greater cooperation and coordination among service agencies; collaboratively solving problems regarding local health and human service issues; developing a strong capacity to advocate for appropriate services; and providing information to community residents to increase accessibility and visibility of available services. 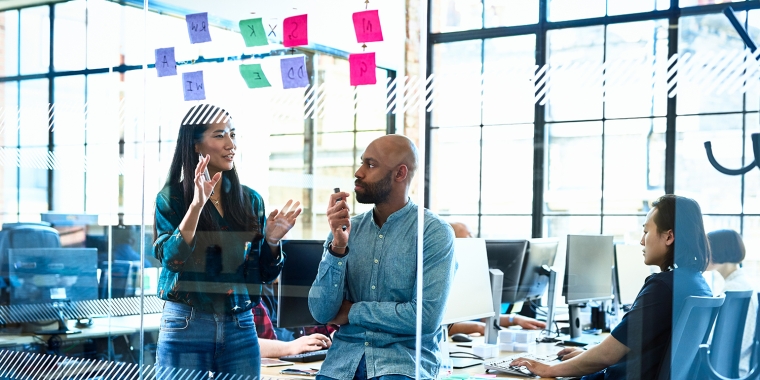