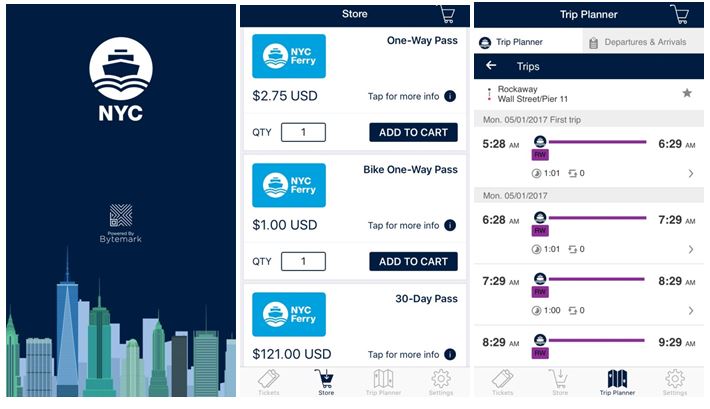 NEW YORK, NY—NYCEDC and Hornblower, the operator of NYC Ferry, today announced that the brand new NYC Ferry App is live and available for download in both the Apple and Google Play stores. The NYC Ferry App allows riders to purchase both one-way and 30-day passes, which are valid up to one year from the time of purchase. It also provides maps and schedules, as well as real-time notifications and service alerts.

The NYC Ferry App allows for easy scan-and-go boarding – riders simply display their digital tickets as they board. This will provide for a more environmentally friendly service by reducing the use of paper tickets, although ticketing kiosks will also be available at each landing.

NYCEDC and Hornblower also announced that the cost of a 30-day unlimited ferry pass will be $121, the same price as a 30-day MetroCard. This price builds on Mayor de Blasio’s commitment to ensuring that NYC Ferry is affordable to New Yorkers at every income level.

“By reducing the need for paper ticketing, the new NYC Ferry App will make a fast and green transit system even faster and even greener,” said NYCEDC President and CEO James Patchett. “And at just $2.75 a ride, and $121 for a 30-day unlimited pass, NYC Ferry will be an affordable and accessible way for New Yorkers to travel.”

“With the touch of an app and at the same price as a subway ride, we’re excited to offer the newest way for New Yorkers and visitors to Work, Live, and Play throughout New York Harbor come May 1st,” said Cameron Clark, Senior Vice President, NYC Ferry operated by Hornblower. “In addition to connecting communities and providing regular, reliable service, our ferry riders will always feel connected with seamless trip-planning and real-time alerts that will keep everyone informed.”

Today’s app release comes less than a week before the May 1st launch of NYC Ferry service. Detailed timetables, along with a map of all 2017 routes, can be viewed here. When the NYC Ferry system is fully launched in 2018, the combined routes will cover more than 60 miles of waterway. 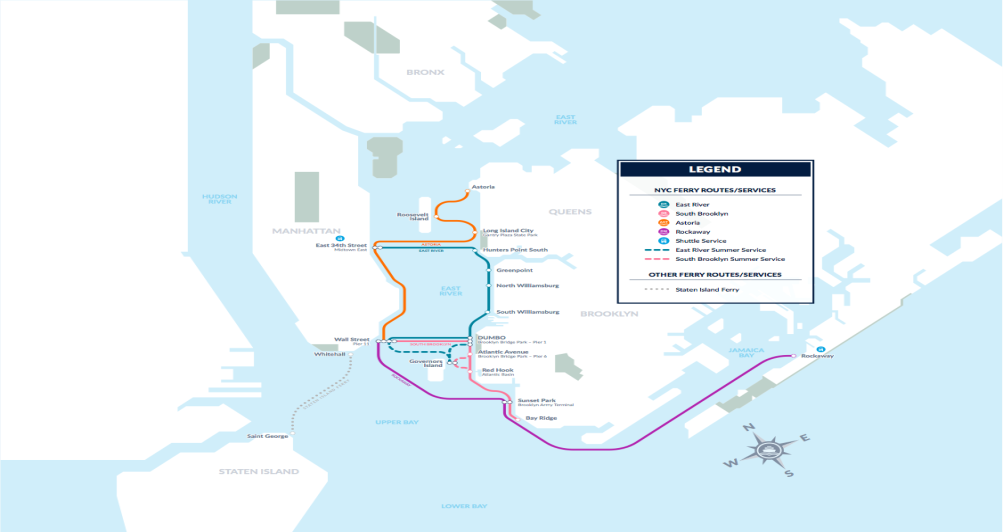 NYC Ferry is hiring for various jobs, including captains and deckhands. Jobseekers can apply directly through Hornblower’s website, www.ferry.nyc. NYC Ferry will ultimately provide 200 jobs, all of which will pay the City’s Living Wage or higher and provide comprehensive benefits.

For more information on NYC Ferry and to stay up-to-date on the latest information, visit ferry.nyc.