NEW YORK—New York City Mayor Eric Adams today appointed four new members to the board of the New York City Economic Development Corporation (NYCEDC), reiterating his commitment to a fair and inclusive economic recovery for the city. Eric A. Clement, DeWayne Louis, Joseph Shamie, and Elizabeth Velez join Margaret Anadu, who was appointed as the chair of NYCEDC’s board of directors earlier this year.

“This group of economic development leaders are experts in the field — and they know firsthand what it means to prioritize justice in our city’s recovery,” said Mayor Adams. “We are building a highly qualified and capable economic development team with a clear focus. With Andrew Kimball and Margaret Anadu at the helm, and with the contributions of these experienced leaders, NYCEDC is well positioned to deliver the comeback New Yorkers deserve.”

“I look forward to welcoming this impressive slate of proven leaders to the NYCEDC board and thank them in advance for their service,” said Deputy Mayor for Economic and Workforce Development Maria Torres-Springer. “I know that the diversity of their experiences and perspectives will be invaluable to Andrew Kimball, his team, and the entire administration as we work collectively to chart a recovery that creates economic opportunity for all New Yorkers and fuel a new generation of inclusive growth.”

“The new leaders joining the NYCEDC board will bring fresh perspectives and key industry expertise,” said NYCEDC President and CEO Andrew Kimball. “I am thrilled to partner with this talented and accomplished team to continue creating a vibrant and inclusive economy for all New Yorkers to thrive.”

“I am honored to be named as a mayoral appointee on behalf of the Adams administration,” said Eric A. Clement, senior vice president and fund manager, social impact and sustainability investments, RXR Realty. “I am equally as excited to work with my colleagues — old and new — at the New York City Economic Development Corporation. I look forward to collaborating with Andrew Kimball, the NYCEDC staff, and the board in creating a better and brighter future for New York City.”

“I am honored to serve on the New York Economic Development Corporation board of directors,” said DeWayne Louis, founding partner, Versor Investments. “Mayor Adams has ambitious plans to create fair economic growth opportunities across all five boroughs. I agree with his vision. As a 20-plus-year veteran of the financial services industry, I've witnessed the benefits of sound and thoughtful economic development. I look forward to volunteering my time with my fellow directors and working with the NYCEDC staff to make New York City stronger, safer, and more equitable.”

“I am thrilled to join the board of the New York City Economic Development Corporation and look forward to working with Mayor Adams to advance shared prosperity,” said Joseph Shamie, president, Delta Children. “As a lifelong New Yorker and a business owner, I look forward to helping the EDC advance its mission. Having also served on many nonprofit boards and acting as a strategic advisor, I am ready to hit the ground running and contribute my expertise. With an eye toward sustainability and innovation, together we can create more well-paying jobs and economic opportunities. I thank Mayor Adams and his administration for their trust and confidence in appointing me to this important role.”

“New York City is the most vibrant, diverse, and leading city in the world,” said Elizabeth Velez, president, Velez Organization. “I am thrilled to contribute to the economic development engine for New York City — driving growth, innovation, and opportunities for our citizens and stakeholders.”

About Eric A. Clement

Eric A. Clement oversees the social impact and sustainability portfolios at RXR. He is principally responsible for defining the portfolio’s strategic vision and investment strategy, delivering against the dual mandate of attractive returns and tangible ESG outcomes.

Prior to RXR, Clement was senior managing director and head of the Strategic Investments Group at NYCEDC, where he oversaw the negotiation of tax incentives, debt issuances, new market tax credit investments, and dedicated debt-equity funds. He led deployment of NYCEDC’s $15 billion portfolio to expand financial access, mobilize private capital, and support the City of New York’s core growth objectives.

Clement was previously a partner at Blue Frontier Group, an emerging markets private equity firm, SGI Global Holdings, Ltd., and has held various executive- and management-level positions at Accenture, Citigroup, and J.P. Morgan. He received his M.B.A. from Saïd Business School at the University of Oxford, where he is an Associate Fellow, and his undergraduate degree from Lehigh University, where he currently serves on the University’s board of trustees and the Arts and Sciences Dean’s Advisory Council.

Prior to co-founding Versor, he was one of the inaugural members of the North American hedge fund group at Investcorp, a global alternative investment firm. During his nine-plus years at Investcorp, DeWayne helped grow the business to peak assets of $8 billion, advised institutional investors on customized investment solutions, and designed new product offerings.

He previously worked at UBS in the private equity secondaries group, focusing on buying and selling private equity interests in the secondary market. Early in his career, DeWayne worked at Credit Suisse Group, where he focused on mergers, acquisitions, and project finance transactions.

He is a graduate of Georgetown University.

With over 40 years of experience in the juvenile furniture industry, Joseph Shamie is at forefront of revolutionizing and innovating the landscape of affordable and safe children’s products. Together, with his brother, Sam, Joseph helped grow their father’s retail store in Bedford-Stuyvesant into Delta Children. He’s assumed multiple roles, including overseeing product development, sales, marketing, and safety. Committed to creating products that every family can afford, Joseph is constantly working towards providing children worldwide a safe place to sleep.

Joseph resides in Brooklyn with his wife, Adrienne. Together they raised four children, Louis, Lorraine, Gloria and David, and recently welcomed three grandchildren.

Elizabeth Velez spearheads strategic growth and project diversification for the 50-year-old Velez Organization as president and principal. Hundreds of projects have come to fruition under her direction, including over 600 units of housing made affordable by state and federal grants in the Bronx and Harlem and over $10 billion dollars of significant educational, health care, and large-scale projects throughout New York.

Velez was appointed in 2022 by New York Governor Kathy Hochul to the board of the Metropolitan Transportation Authority and served until 2021 as a commissioner on the New York City Property Tax Reform Commission. From 2020 to 2021, she served for both Mayor Bill de Blasio and Governor Andrew Cuomo on the COVID pandemic advisory and recovery boards, and, for the latter, on the New York State Stands with Puerto Rico Recovery and Rebuilding Committee and the New York Memorial Commission for Hurricane Maria.

A leader in New York’s design and building industry, Velez was chair of the New York Building Congress (NYBC) — the first person of color and only the second woman to serve in that role in the NYBC’s 100-year history. During her 2020-2021 tenure, she provided leadership and direction to the industry during the COVID-19 pandemic, spearheaded the Equity and Inclusion Task Force and Council, and celebrated the organization’s centennial. She continues in a leadership role with the NYBC as the newly created chair of the NYBC Council of Presidents.

Ms. Velez is a graduate of Hofstra University, earning both her B.A. and M.B.A.

About NYCEDC
New York City Economic Development Corporation is a mission-driven, nonprofit organization that creates shared prosperity across New York City by strengthening neighborhoods and creating good jobs. We work with and for communities to bring emerging industries to New York City; develop spaces and facilities for businesses; empower New Yorkers through training and skill-building; and invest in sustainable and innovative projects that make the city a great place to live and work. To learn more about what we do, visit us on Facebook, Twitter, LinkedIn, and Instagram. 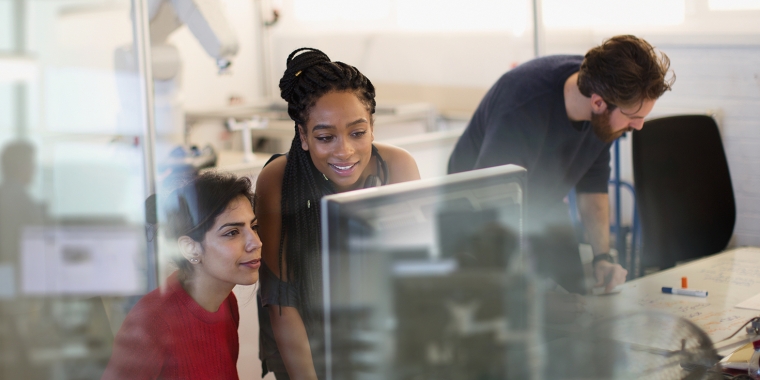