New Yorkers should go to citywideferry.nyc for a chance to win an annual Citywide Ferry passes

The North 6th Street/North Williamsburg ferry terminal was the highest activity stop during weekdays in 2016, while the Brooklyn Bridge/DUMBO terminal experienced the most weekend activity. 10,510 passengers took the ferry on May 20, 2016 – the highest ridership day of the year.

With nineteen vessels operating at 21 landings across New York City, Citywide Ferry will carry an estimated 4.6 million trips per year across six routes - providing a new and easily accessible transit option traditionally underserved communities and where jobs and housing are growing rapidly.

“This growing demand is one of the reasons we’re expanding ferry service citywide in 2017,” said NYCEDC President Maria Torres-Springer. “More and more New Yorkers are looking to our waterways to get to work or school, and that’s led to increased East River Ferry ridership for the fourth year in a row. We’re very excited to incorporate the East River route into Citywide Ferry Service, and connect New Yorkers from Soundview to the Rockaways for the price of a subway ride.”

“There’s a tremendous wave of excitement building as we gear up to offer more connections and more convenience than ever before once Citywide Ferry by Hornblower launches this summer,” said Cameron Clark, Senior Vice President of Development and Project Manager for Citywide Ferry by Hornblower. “Once the transition into Citywide Ferry Service is complete, East River Ferry’s record ridership will have a record number of routes to connect to in order to “Work, Live and Play” across Brooklyn, Manhattan, Queens and the Bronx."

New Yorkers can enter to win free Citywide Ferry rides for a year by going to www.CitywideFerry.NYC and filling out a 2-minute survey. 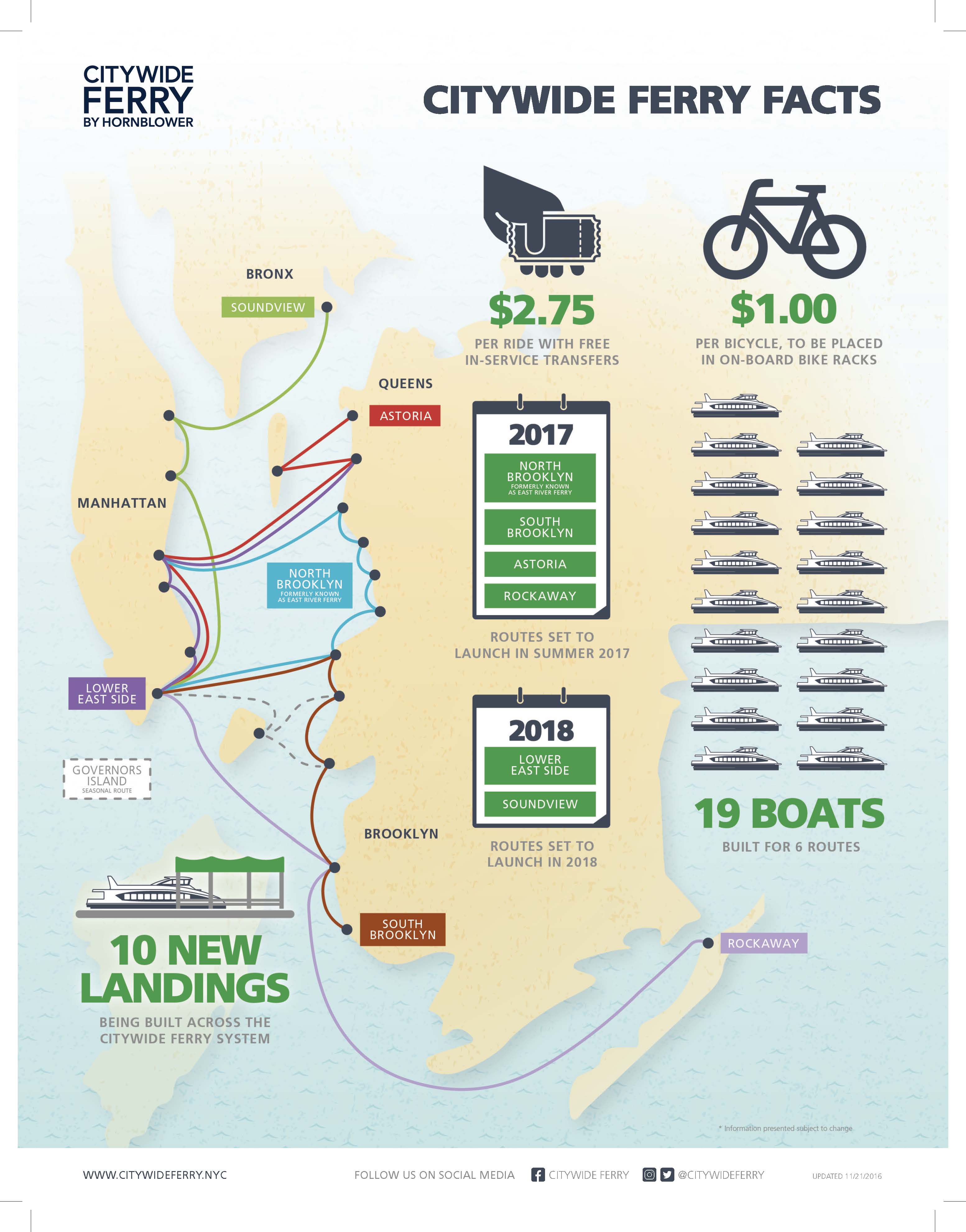 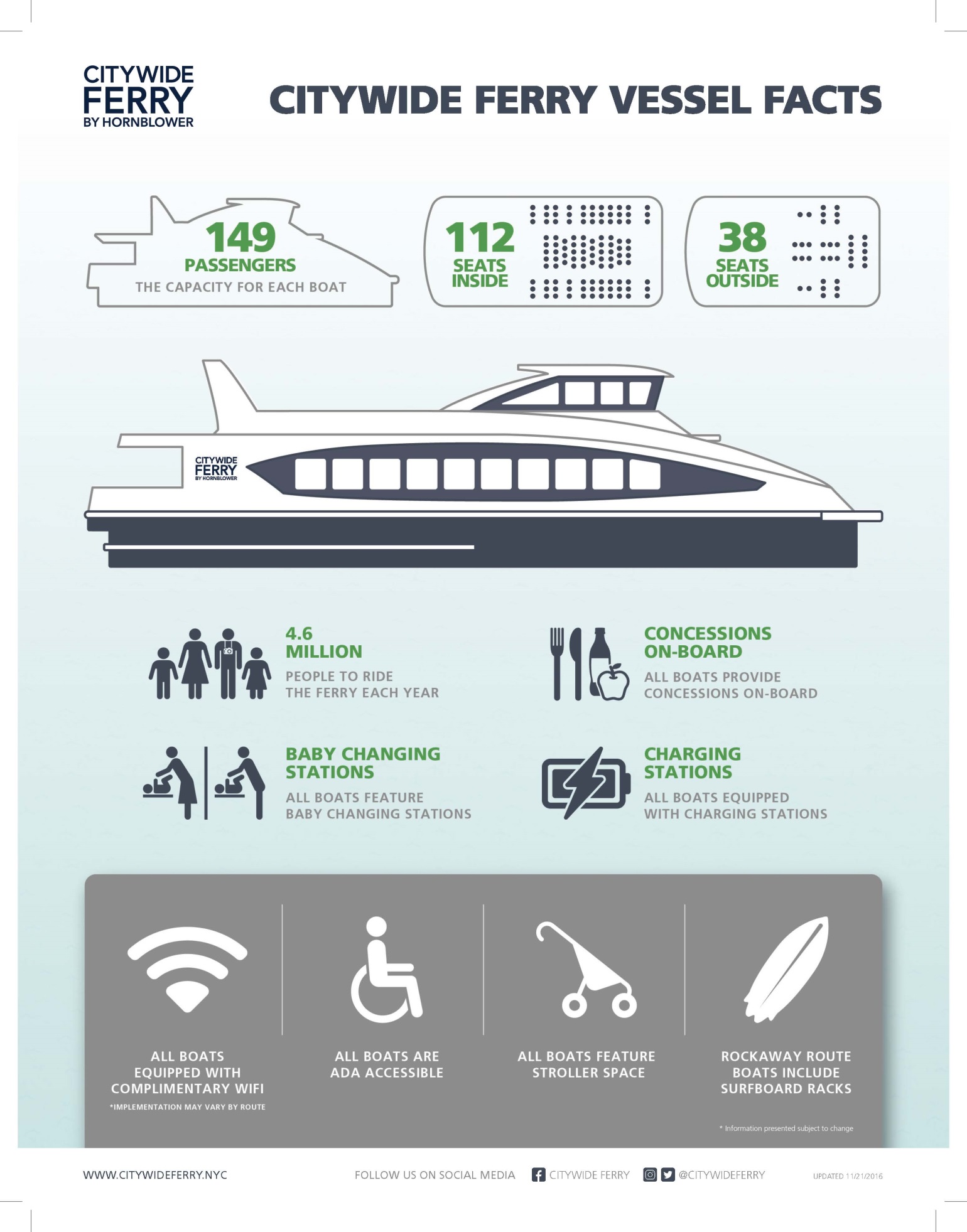