New York Proton Center Will Open in 2019 and Is Anticipated to Serve 1,400 Patients a Year

NYPC, the first proton beam therapy facility in New York State, will provide advanced cancer treatment using targeted radiation and beam therapy that is especially effective on pediatric, head and neck, and eye cancers among others, and is expected to treat 1,400 patients a year. Today there are 25 proton centers in the United States and the nearest facility for New Yorkers is in Somerset, New Jersey. NYPC is operated by a consortium of three New York healthcare institutions—Memorial Sloan Kettering Cancer Center, Montefiore Health System, Mount Sinai Health System and ProHEALTH Proton Management, LLC.

Renderings of the building and photos of the tour are available here.

NYPC is part of the East 125th Street Development, a NYCEDC-led project that will bring much-needed affordable housing to East Harlem, along with good jobs, commercial and retail space, technology and medical innovation. Following today’s preview event, the Proton Center will begin final installation of the proton beam equipment, which is expected to take approximately one year to complete. 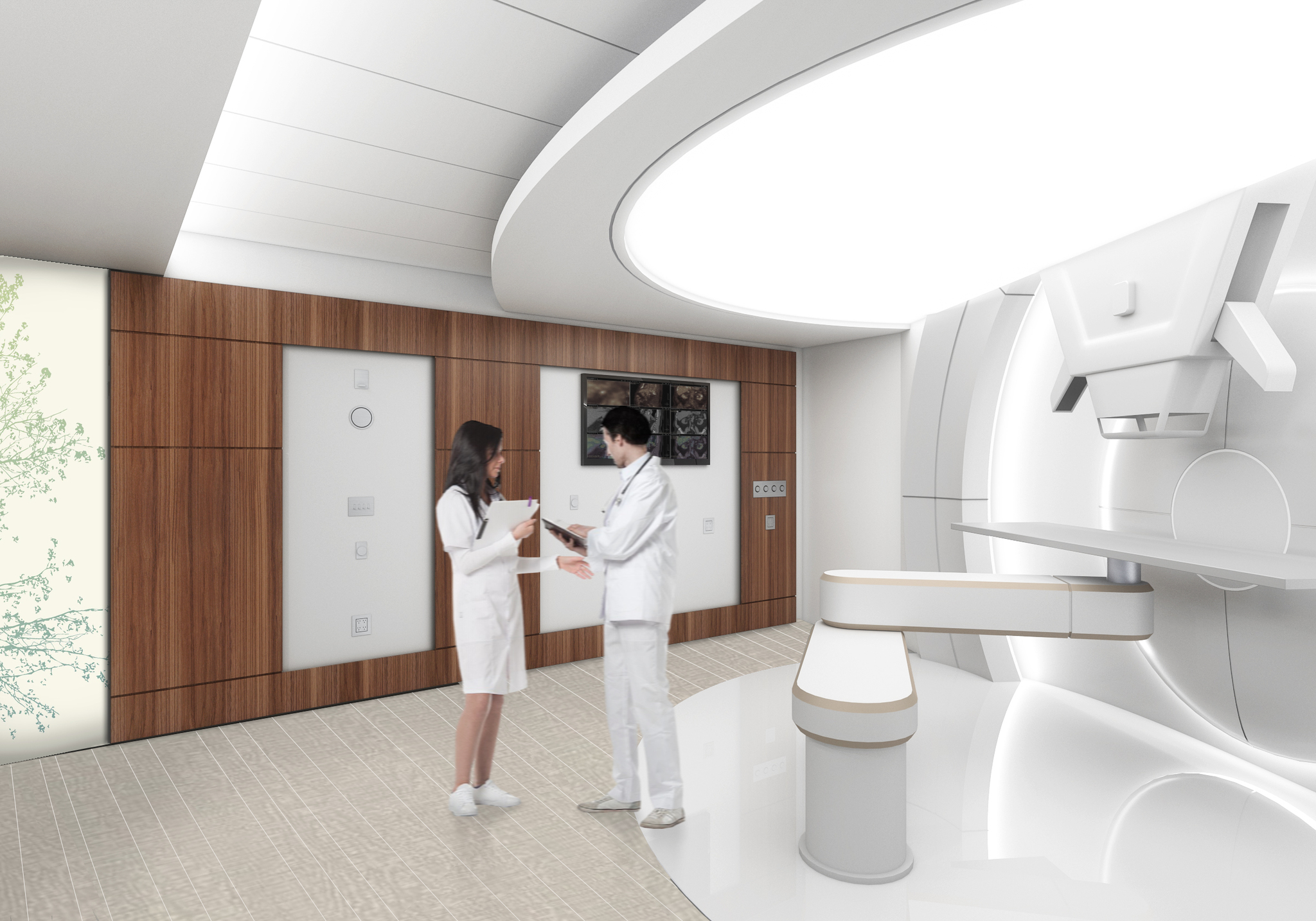 “At EDC, our job is to keep New York City economically competitive while being an incubator of innovation - and the New York Proton Center helps us do both,” said NYCEDC President and CEO James Patchett. “New York’s hospitals are home to the best doctors and researchers in the country, and through this project we are creating access to the newest technology so they can continue leading the war on cancer.”

“Having the first Proton Center ever in the state to be debuted in El Barrio/East Harlem is a welcome change and will put this neighborhood on the map as an area where new cutting-edge technology is found,” said Speaker Melissa Mark-Viverto. “It’s my hope that with this Center, more and more leading healthcare institutions will look to El Barrio as a place to invest. I want to thank EDC in true partnership with us and for their collaboration and their vision to bring this state-of-the-art treatment facility to the community.”

"The New York Proton Center (NYPC) will be the first proton beam therapy facility in New York State, and further solidifies our standing as a global leader in health technology, innovation, and treatment," said Representative Adriano Espaillat (NY-13). "The center will provide a state-of-the-art cancer treatment regimen using targeted radiation that is especially effective on pediatric, head and neck, and eye cancers, among others. I am proud to join my colleagues in public service and some of New York's preeminent healthcare institutions to support this effort."

"The NYPC consortium greatly appreciates the enormous efforts of the EDC, Speaker Mark-Viverto, Borough President Brewer and Community Board 11 in helping to make this important healthcare project a reality. We look forward to continuing to work together to become an integral part of the East Harlem community and provide life-saving services to the residents of New York," said Norton Travis, NYPC spokesperson.

"As a leading healthcare builder we are proud to do our part in building New York's first proton beam therapy facility, which will provide state-of-the-art cancer treatment to thousands of patients," said Bill Gilbane III, leader of Gilbane Building Company's operations across New York State. "Gilbane is the leading builder of Proton Therapy Centers and we are thrilled that this type of cancer treatment will be available for New Yorkers."

In an effort to promote quality jobs for New Yorkers, the consortium has committed to utilizing the City’s HireNYC program to secure 56 non-clinical and contract services jobs, robust training and mentoring programs designed to improve access to quality jobs in the healthcare sector. NYPC will create 125 permanent jobs, 14 contract service jobs and partnerships with local colleges to provide approximately 16 internships per year.

Murphy & McManus is the project’s developer; VOA Associates Incorporated is the design consultant and the Gilbane Building Company is the general contractor. The first phase of construction began in 2015 and is expected to be complete one year after the proton beam is installed. NYPC anticipates serving its first patients in early 2019.