In advance of the debut of the documentary film Against All Odds: Transforming 42nd Street, we spoke with Judith Saltzman, an architect  who worked with the 42nd Street Development Project on the preservation and adaptive use of the theaters.

Judith Saltzman is a historic preservationist who was brought on to the project to ensure that the historical elements and beauty of the theaters remained through the renovation and rehabilitation process. This included the moving of the Empire theater halfway down the block and the merging of the Lyric and Apollo Theatres. Saltzman is a Principal at Li/Saltzman Architects and a native New Yorker.

Shortly before I started working on the 42nd Street Development Project in 1994, a friend of mine, a playwright, invited me to see a performance of Uncle Vanya in what was then the derelict Victory Theater. We sat on the stage in this decay and mold, and it was an extraordinary performance. Then I sort of looked around, and I thought, oh my God! What a gem of a theater. Maybe six months later, I was invited to participate in this project.

How did that come about?

I was first approached by the Empire State Development Corporation. They asked if I was interested in being an owner's representative related to the historic theaters, monitoring the work and making sure things were done in conformance with the City’s and State’s guidelines. The first project would be the New Victory Theater. Hugh Hardy was the architect, and it was going to be made into a not-for-profit theater for children.

Were there other theaters that you worked on?

The New Victory was the first, and I think that opened December ’95. And then, across the street, they moved the Empire Theatre down the block. Everyone had some hesitation about moving the theater, though it was what the developers wanted. They brought in a great team to take everyone through the technical issues and put everyone at ease. They said they'd moved lighthouses on beaches, and here they were moving a stocky brick building just down the block.

We were also involved in combining the Lyric and Apollo Theatres to create one large theater, and it was an active, incredible, selective demolition: disassembling the dome, widening the proscenium arch. The Lyric had a beautiful facade on 43rd Street, so that was left standing, literally braced by itself. I remember, even though I knew what was going to happen, that when I walked around the corner and saw this facade standing with nothing around it, I gasped. But it was well braced. And they excavated behind it, rebuilt the theater, brought back the pieces that had been disassembled, and created a new 1,700- or 1,800-seat theater out of the two theaters. That was technically quite an amazing feat.

Can you tell us the famous story about the wallets?

That happened in the combination of the Lyric and Apollo Theatres. We were doing a substantial amount of demolition work, and one of the contractors was in an airshaft or sheet metal duct work in the walls and found some wallets. He started to pull them out, and there were more and more wallets from the ’50s and ’60s. Apparently, somewhere in the process, people were pickpocketed while they were sitting in the theaters. The pickpockets took the money and threw the wallets in this airshaft where they sat for 30, 40 years!

What was the most daunting task in preserving these theaters?

We had to go into these derelict theaters and various derelict establishments around them, and I can say that they were not the most pleasant places. And we just had to do quick assessments from an architectural standpoint on conditions and square footage.

What were some of the design guidelines?

The design guidelines were: requirements for preservation, appropriateness of new development, and relationship to the historic properties. It was an attempt to make sure that the best of the theaters would be part and parcel of the new development and that the theaters wouldn't be subsumed or damaged by it. I monitored the work and reviewed the drawings to ensure that these guidelines and the intent of the guidelines were met.

These were part of the most significant early 20th century development of Times Square. The theaters had reached a point where they were, for the most part, not functional any longer, but they had enormous potential.
Judith Saltzman
Principal, Li/Saltzman Architects

I was most involved in and most knowledgeable about the preservation guidelines. We looked not only at what features or spaces needed to be preserved or restored, but about the effect of adjacent construction. Seismographs were placed in the theaters when they were doing excavation or any significant demolition or construction to ensure the vibrations didn't reach a level that would damage the historic plaster, in particular. There were certain technical procedures that had to be followed to make sure that the theaters were protected.

Why was preservation and restoration of the theaters so important?

These were part of the most significant early-20th-century development of Times Square. The theaters had reached a point where they were, for the most part, not functional any longer, but they had enormous potential. There were truly beautiful buildings like the Victory. It brought the theater community and the preservation community together, knowing it would be an enormous loss if Times Square was developed without preserving the theaters.

We were presented with all different ideas about how to reuse theaters; some focused on restoration, some were adaptive, others were infill of some sort. We would look at what was being proposed and work with architects, engineers, and developers to make sure we understood what they were trying to achieve.

Some of the ideas were wonderful. Some were a bit wacky—turning the theaters around or moving them and rebuilding them. Some were much more restoration-oriented. We would not only look in terms of the literal—“Are you meeting each and every of these requirements?”—but if it was meeting the intent of the preservation guidelines and the 42nd Street Development.

We took a great deal of care upfront. Then in the course of the work, we would review whether the requirements were actually being met. Very often, we were out there with the conservators, for instance looking at paint samples if they were going back to original finishes. Sometimes we would meet with sculptors to create a new sculpture or discuss the patterns required to replicate an item.

Was there a particular piece that you wanted to protect?

Murray's Roman Gardens on 42nd Street had been an early-1900s theme restaurant, with Pompeiian gardens and fabulous catered food. It had become pretty derelict, but there were remnants of it. We went in with a mosaic conservator, and we removed sections of these beautiful glass mosaics featuring fruit garlands and lion heads. It is now mounted at the top of the monumental stairs at the New Victory Theater, including an explanation of where it came from.

The Empire Theater was originally known as the Eltinge Theatre. Julian Eltinge was a very famous female impersonator in the early part of the 20th century. Apparently, he never performed there, but he made so much money for the producers that they named the theater after him. During a significant restoration of the theater—it was becoming, essentially, the lobby for the 25 cinemas that were going in—they discovered a mural above the proscenium. The mural was taken out and brought to our conservators. Harriet Irgang was the conservator removing the over-painting of this mural, and her work slowly revealed three women in a classical pose. Harriet called me and said, “Judith, I'm looking at the three women in this mural—and they're all Julian.”

Those of us who worked on it all know these stories, but they're not particularly apparent. People take an escalator through this proscenium arch with the portraits of Julian Eltinge, female impersonator, above them, and they don’t know what part of 42nd Street history they're experiencing.

The theaters, including for-profits, nonprofits, and rehearsal buildings—are so critical. It’s a very dynamic world.

How do you feel about what you see now at 42nd Street?

I think, overall, it's a marvelous success. We can quibble about some of the small items, but the fact is that private development and the City and State all worked together to create something that continues to evolve and change. And it is not as pristine and commercialized as many people want to portray it. There's enormous vitality and life.

The theaters, including for-profits, nonprofits, and rehearsal buildings—are so critical. It’s a very dynamic world. There are a lot of retail stores in Times Square, admittedly. That's part of the redevelopment. But it is not the sum of 42nd Street. And I think you really have to walk down the street and look at what's going on to understand the vitality, the sense of history, and the sense of ongoing adaptation that is 42nd Street. In that sense, I delight, even as I'm pushing through the crowds.

What do you see as your biggest accomplishment or contribution?

I feel most positive about the adaptive use and restoration of the theaters. Our approach was to be respectful of the historic theaters but also allow them to be changed and adapted and make 42nd Street economically viable. I think we held the line.

The restoration work was extremely well done. Every time I walk into the New Victory, I am thrilled. You just see the city's children enjoying the theater and, in some cases, being introduced to theater for the first time. And it's just a gem.

What is one word you would use to describe 42nd Street today?

I would say popular. Other words come to mind as well: Iconic. Adaptable. I don't think it's so simple, but I think “popular” probably covers the fact that it remains the crossroads of the world. Everybody's there. 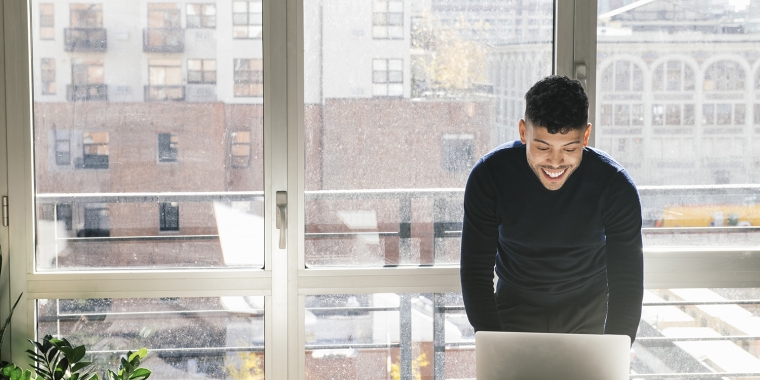 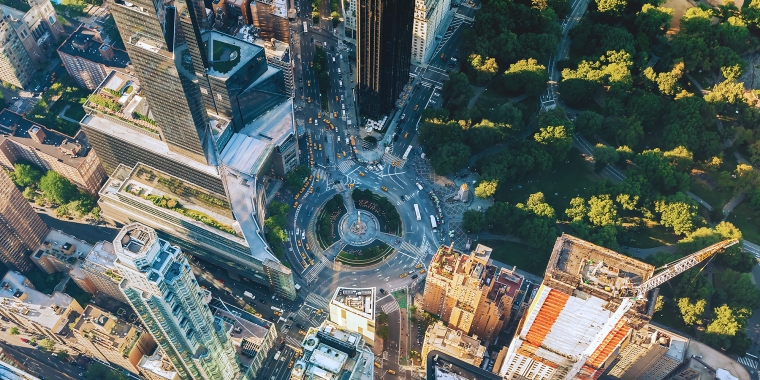 Explainer
NYC: A Capital of Global Business
May 05 2021 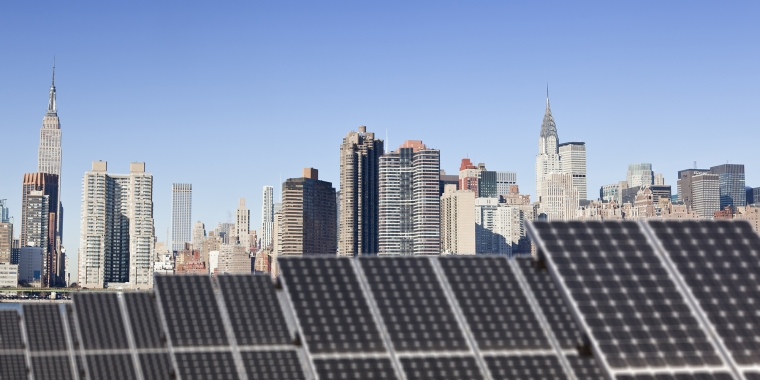 Explainer
Moving Toward a Circular Economy in NYC
Apr 21 2021